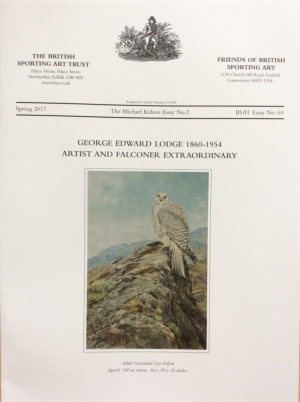 When George Lodge died, aged 93, a writer in The Times described him as a man of exceptional charm and distinction who was recognised on both sides of the Atlantic as one of the finest bird artists Britain had ever produced. The writer added, ‘His wide experience in falconry doubtless gave him special knowledge of the hawk family, for he was a keen falconer from his early days. In the painting of birds of prey he had no rival in any country. He was primarily an artist but, being a good naturalist as well, he was able to depict his subjects among their natural surroundings and to make them look alive.’ All this and not to mention his accomplishments as an expert taxidermist, his hundreds of brilliant illustrations for bird books and his work as a wildlife conservationist…..