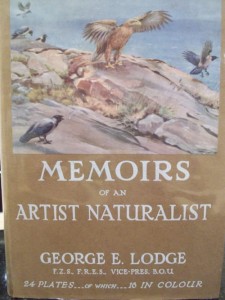 MEMOIRS OF AN ARTIST NATURALIST

George Edward Lodge wrote and illustrated one book. However, he illustrated in many other publications within his lifetime. Memoirs of an Artist Naturalist is his autobiography that shares some of his experiences and observations. It was published in 1946 by Gurney and Jackson, London.

Extract from Memoirs of an Artist Naturalist

“The world which studies birds has sought out George E. Lodge to good purpose. Those who can appreciate this wonderful combination of painstaking study and artistic genius have used his paintings in many publications that are known to have the stamp of authority, for those drawings have a two-fold value, they are a delight to the casual beholder and at the same time satisfy the critical eye of the expert ornithologist. Birds and there surroundings are faithfully reproduced.

In this book of wide-ranging reminiscences, one is given an insight into the amount of study that each painting represents, for here are glimpses of some seventy years spent most lovingly in finding out.

There is a section on hawks and hawking, which is one of the author’s favourite sports; notes on the birds of woodland and marsh (with occasional excursions to places as far apart as Norway and Singapore to stress some point or make some comparison); Chapters on the sea-birds of the remote Shetlands, and others on game birds and the Scottish Moors.

The final part, modestly entitled ‘Some Observations on Painting Birds’, is full of useful remarks and will surely leave in the mind of the reader a great respect for this man of eighty-five who is still painting with skill and enthusiasm, and still ‘finding out’.

The illustrations speak for themselves.” 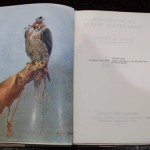 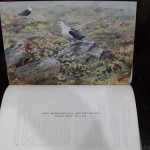 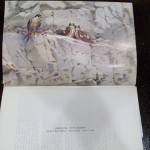 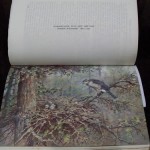 Sparrow-hawk with Nest and Eggs – Hartlebury, Worcestershire. May 2, 1909 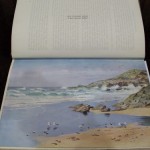 The Cornish Coast – A quiet cove near Mullion